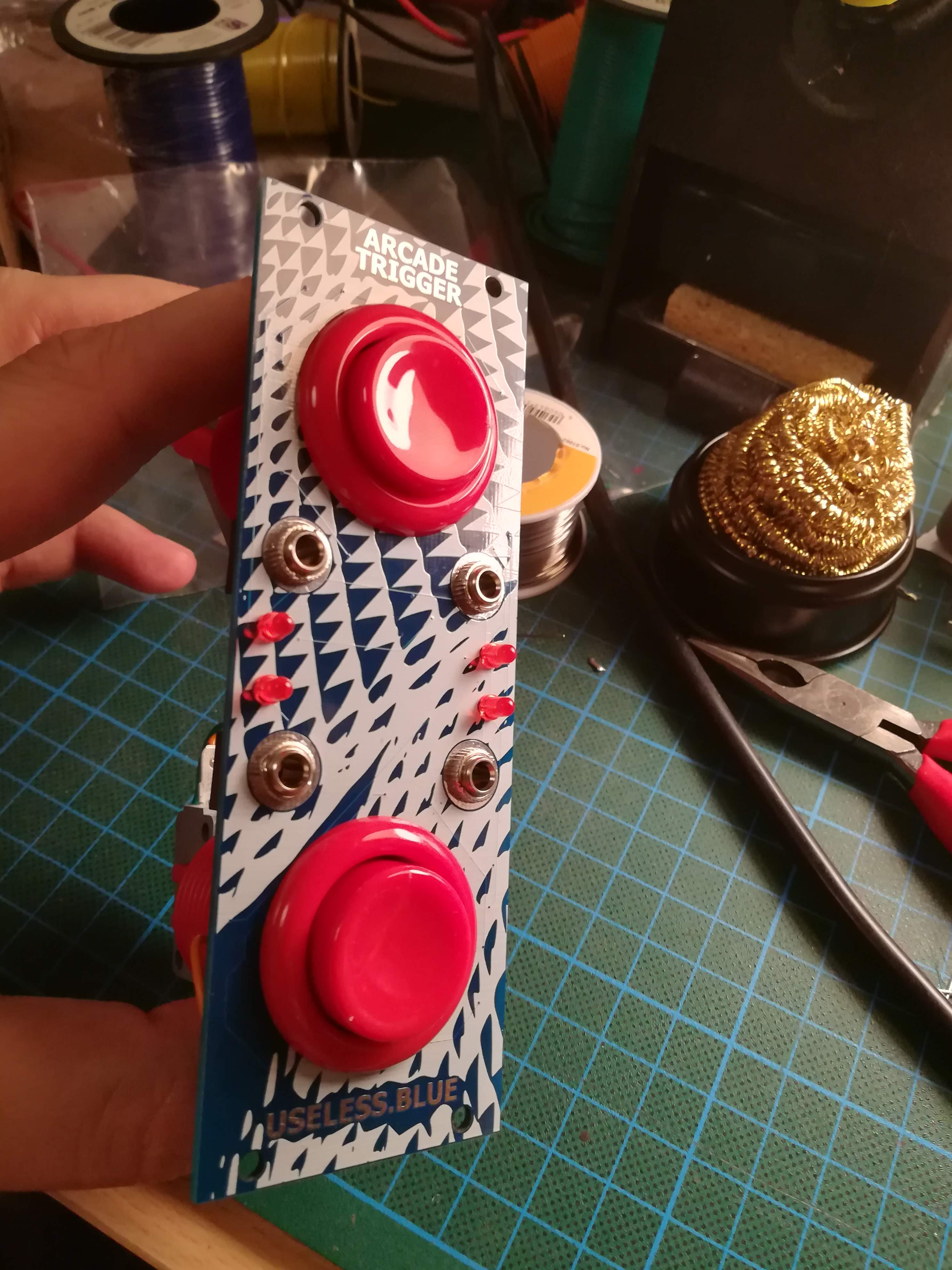 I wanted to create my own module for eurorack from start to finish and make my first pcb layout. This is my journey to my diy arcade trigger eurorack module.

What I wanted to build

I wanted a really simple module as a start, as I am not experienced in circuit design nor pcb layout. I decided the following things were important to me:

I designed the circuit in an online circuit simulator where I could see problems easy. My design can be found here: http://www.falstad.com/

After everything worked, I copied the schematic into in easyeda project. 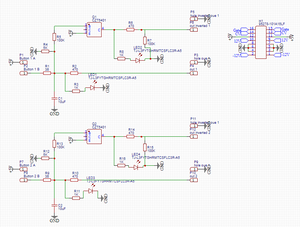 The pcb layout was pretty straight forward. I positioned the cutouts for the buttons, the leds and jacks and just scattered the rest of the parts in the remaining spaced and let the auto router do its magic.

I wanted a nice looking front panel design. I exported the pcb as pdf, loaded it in photoshop. A nice image from unsplash with a cool pattern was then put over it to see if the graphic fits. Tis image was then exported and imported in easyeda to the silkscreen layer.

I left the space blank where the module name and my domain should be placed. I used the text tool in easyeda to place the text on the copper layer and also removed the soldermask at the same place.

All design files are on github and free for you to use. https://github.com/DerGrosseDaniel/Eurorack-manual-trigger-arcade-button/ You can find the gerber filed there, schematics, BOM, easyeda project and Altium files.

I ordered the pcbs on jlcpcb, but any place will be fine. I got 1.6mm thick pcbs but I would strongly suggest 2mm for more rigidity.The parts were ordered via LCSC. Everything worked fine, but I couldn't export a link to the parts. That is really annoying. I wanted a really easy solution for everybody to make this module. The next time I will probably use mouser. 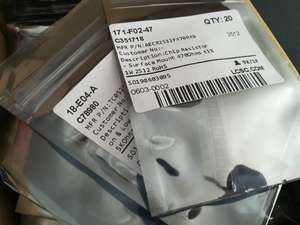 For the arcade buttons I ordered 6 on ebay for another project. You can get whatever you want as long as they fit into the holes of the pcb. 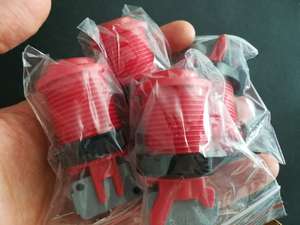 I started from the inside out and soldered all components. It works, but didn't look that professional. But lots of flux helps.

After I soldered all SMD components I installed the LED and the jacks. The tip was connected with a short wire to the round pad next to it and the sleeve is grounded via the nut and the front plate. The arcade buttons followed last. The wires to the button are soldered to the pads next to it (polarity is not relevant).

Everything worked and my first designed module was a success.

What would I change

Everything worked out, but there aspects where my choices weren't perfect.